In Stock On Demo

Save £200 when you trade-in any Bluetooth speaker 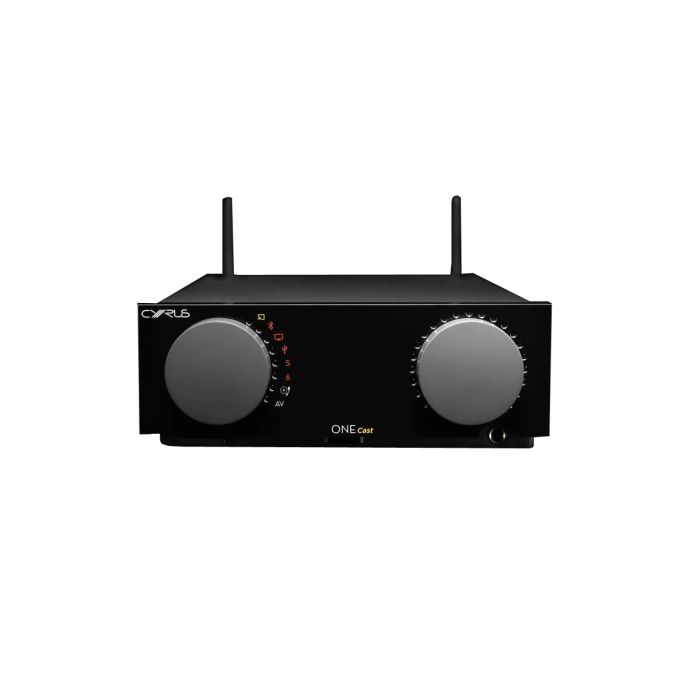 The Cyrus ONE Cast - Cyrus now give you the full streaming capability, you can stream music in high-quality directly from your phone using Spotify, Deezer, Amazon Music, iTunes, Qobuz and Tidal, so pretty much every music streaming service. If you have any voice assistant smart speakers on the same wifi network, you can use voice commands to send any music directly to your ONE Cast, better yet, you can set it up as part of a group for true multiroom audio. The ONE Cast does not need a separate app to stream, just like a smart speaker, you simply connect directly to the ONE Cast using Spotify, Apple Music, Tidal, Qobuz, Deezer, or whichever streaming service you use on your phone. It will all be up and running within a matter of a couple of taps on your phone.

Amplifiers with built-in streaming are now becoming a must-have part of peoples' everyday hifi set up, so Cyrus took advantage of this and made the ONE Cast connect directly to practically anything that produces audio. From Mobile phones, laptops, game consoles, record players, radio and even your television. Another additional benefit of having the CAST One is that it has it's very own class-leading headphone so you can have some time to yourself with a phenomenal sound behind it.

The Cyrus ONE Cast is quite arguably the most innovative audio amplifier available on the market today. Not only does this boast 100 watts per channel but it also uses bleeding-edge technology developed at Cyrus' Cambridge headquarters, making it super versatile to drive pretty much any sort of loudspeakers with ease.

Cyrus is a manufacturer of specialist hifi and personal audio equipment, operating from Huntingdon in Cambridgeshire, England, where all of the company's acclaimed products are conceived and designed. Cyrus boasts an extensive range of highly regarded amplifiers, CD players, DACs and power supplies many of which have claimed countless awards and accolades over the years.